Lemongrass Essential Oil is derived from the steam distillation of the fresh or partly dried leaves. After distillation, the oil ranges in color from a yellow color to amber color and exudes a fresh, sweet, grassy and citrus-like aroma. Lemongrass oil is collected by distillation unit of the herbage for 1.5 to 2 hrs. The distillate on cooling separates out into a layer of oil, floating over the bulk of water which is composed by decantation. The lemongrass is distilled either fresh or after wilting.

Lemongrass oil is obtained through steam distillation. Lemongrass oil has a strong lemon-like odor. The oil is yellowish in color having 75 to 85% citral and a small amount of other minor aroma compounds. The recovery of oil from the grass ranges from 0.5 to 0.8 percent. It takes about four hours for the complete recovery of the oil.

Hydro-distillation: In this process, the herb is packed in a vessel and partly filled with water. The unit vessel is heated by direct fire without an external boiler. This method of distillation is less efficient, but the unit is simple and cheaper.

Steam distillation:  In this process, steam generated in an external boiler is introduced into the chamber. This process, though involves higher initial cost, is more efficient and the quality of the oil obtained is superior. For example, effective running of 500 liters capacity stem distillation unit, herbage from the 20-acre area is required.

Both passed during the condenser and the vapor was condensed into a liquid. With the use of an ice block, cooling was prepared possible and volatilization of the essential oil was avoided. The condensate was openly collected using a 500ml beaker and then poured into a separating funnel. This produced two layers of oil and water. The tap of the separating funnel was opened to let out the water through the oil was immediately collected into a 100ml stoppered bottle. The bottle was closed strongly to prevent vaporization of the essential oil. The lemongrass oil was collected and the volume of oil obtained was weighed. 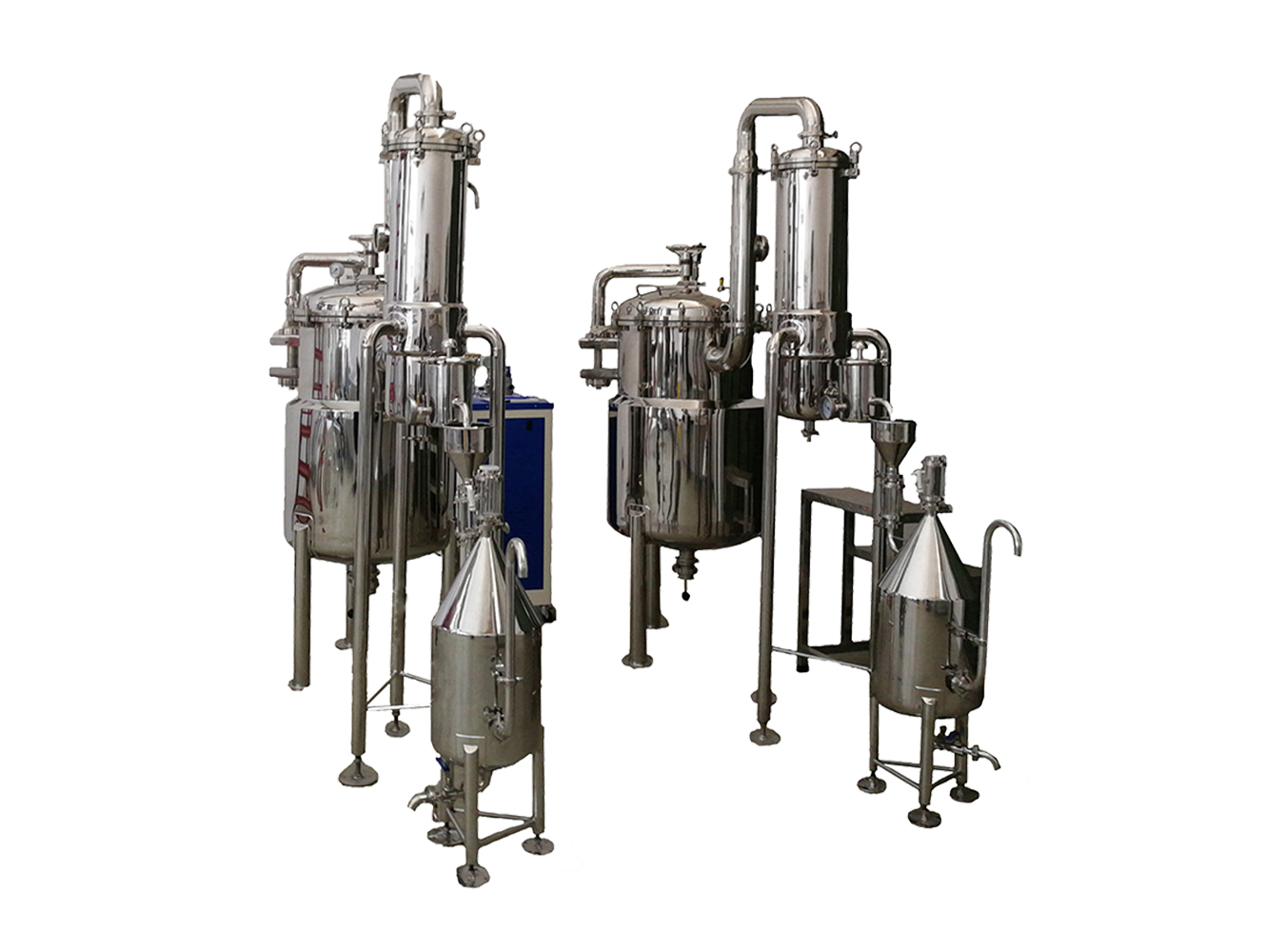 What are the advantages of steam distillation?

The advantages of steam distillation are as follows;

150g of the dry sample of lemongrass were weighed from the sliced lemongrass sample and placed in a one-liter clean flat bottom flask. After that, 500ml of N-hexane solvent was poured into the flask. The bottom flask and content were allowed to stand for 36 hrs; this was made to extract all the oil content in the lemongrass and for complete extraction. After which the extract was decanted into another one-liter beaker. 200ml of Ethanol was added to extract the essential oil since lemongrass essential oil is soluble in Ethanol. The mixture was then transferred to a 500ml separating funnel and separated by a procedure called liquid separation process. The content of the separating funnel was and allowed to approach to equilibrium, which separated into 2 layers (depending on their different density). The lower Ethanol extract and the upper Hexane layer were collected into 2 separate 250ml beakers and were placed in a water bath at 78oC. This was done to remove the Ethanol leaving the natural essential oil. The yield of lemongrass oil was determined by weighing the extract on an electronic weighing balance. The variation between the final weight of the beaker with extract and the initial weight of the empty beaker gave the weight of essential oil.

The main raw material is lemongrass. And the grass plants grow well in soils not proper for richer production plants. From sandy and rather dry soils yield moderately more oil and oil of higher citral content than plants from very fertile soils.

A lemongrass plantation has a life cycle of 6 – 8 years. The oil yield reaches its maximum around the third year or fourth year and its annual average value range between 15 and 20 kg/ha with three crops per year. The ratio of lemongrass oil to leaves is equal to 0.348%. Therefore, you will need to obtain about 288 kg of lemongrass to produce 1 kg of essential lemongrass oil.

Depending upon soil and climatic conditions, plantation lasts on an average, for three to four years only. The yield of lemongrass oil is less during the first year, but it increases in the second year and reaches a maximum in the third year; after this, the yield declines. On average, 25 tonnes to 30 tonnes of fresh herbage harvest per hectare per annum from four to six cuttings, which yields about 80 kg of oil. Under irrigated conditions from newly bred varieties, a lemongrass oil yield of 100 to 150 kg/ha is obtained. The clean and fresh herb contains on average 0.3% oil and thick stems are removed before distillation as these are devoid of oil. Formulation of oil:

Lemongrass essential oil 10ml extract was measured and placed in a 120ml beaker containing 5ml of Methanol. Fixatives of 5ml quantity were added to the mixture to improve the longevity of the perfume. The resulting solution was shaken and poured into a 50ml bottle.

The yield of essential oil formula that obtained was calculated by: